If you’re a player in the United States’ National Football League (NFL) and you’ve decided to kneel during the playing of the National Anthem, you have been called many things: unpatriotic, ungrateful, and even a “son of a bitch.” That these words came from the sitting U.S. President Donald Trump should come as no surprise. Having made a promise to “Make American Great Again,” Trump has forced philosophers to rethink commonly held notions of American patriotism.

In this talk, Roberto Sirvent argues that interrogating the ethics of patriotism requires much more than condemning it as a philosophical mistake. Rather, he shows that a critique of patriotism (in the U.S. context) must involve a critique of ideologies that undergird and fuel patriotic attitudes. Two of these ideologies, he argues, are American exceptionalism and American innocence. These twin ideologies inform not just political rhetoric but historical memory as well.

Both conservatives and liberals draw on these narratives of innocence and exceptionalism constantly. It’s present in Donald Trump’s call to “Make America Great Again” but also in Hillary Clinton’s rebuttal that “we don’t need to make America great again. America never stopped being great.”  The mainstream, corporate media are also active propagandists for American exceptionalism and innocence. For example, in a New York Times editorial, the staff acknowledges the “mistakes” of US foreign policy yet reaffirms its exceptional character: “There’s no doubt that the United States has made terrible mistakes, like invading Iraq in 2003 and torturing terrorism suspects after Sept. 11 [but]… in recent decades, American presidents who took military action have been driven by the desire to promote freedom and democracy.”

How is it that the U.S. invasion of Iraq is seen as a mere “mistake”? How did the entire editorial board of the New York Times become convinced that the U.S. military enters wars “to promote freedom and democracy?” How does one maintain belief in the U.S. as a force for good in the world in light of the genocide of its indigenous people, slavery, and decades of imperialism around the globe? What ideological work is involved to view these actions as mere “mistakes”, “aberrations”, “necessary evils”, or even “things of the past,” rather than as constitutive of the U.S. State itself?

Throughout the talk, Sirvent explores how ideologies of American exceptionalism and American innocence are tied to the way many people in the U.S. venerate the military, flag, law, and Constitution. Thus, not only is a critique of ideology required to properly philosophize about the ethics of patriotism; a critique of idolatry is required as well. To be sure, there is much at stake in debates about patriotism, especially since the stories we tell ourselves – whether it’s about slavery, genocide, colonialism, or empire – have significant implications in struggles for social justice. After all, if the system is broken, then it needs to be fixed (or reformed). But if the system is working exactly as it’s supposed to be, then it needs to be dismantled. And it’s time to start imagining what a new world might look like. 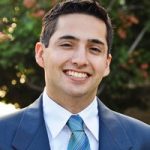 Roberto Sirvent is Professor of Political and Social Ethics, Hope International University, Fullerton, CA. This blog is written in advance of his Dublin Political Theory Workshop on Friday, 6. April 2018, 13:15-14:15, in G316 Newman Building.