As Yvonne Galligan consistently points out, the suffragettes did not suffer discrimination, incarceration and horrific systems of force-feeding simply for the right to put a mark on a ballot paper.  From the beginning these women fought for the equal right of gender to take part in political decision making. The almost international centenary of the vote is indeed an anniversary to be celebrated, but it is also a moment to take note, celebrate how far we have come, but realise the suffragette cause has not yet been won.

Table 1 Average Percentage of Women in Parliaments of the World

The Inter Parliamentary Union site shows the average female representation in the parliaments of the world.  The universally consistent under representation of half of the world’s population is some evidence that both the supply and demand for women politicians is artificially repressed (Krook, 2010).

There is a valid argument that you don’t have to be a woman to do the right thing, make the good decisions, govern justly.  Much has been achieved in terms of improving the lives of women over the past 100 years, particularly in the areas of legal reforms and employment legislation. In terms of work, the marriage bar was a common piece of legislation in all four countries included in the table above. The marriage bar was a law that required women to resign from their employment after marriage. This loss of the right to work was argued to be reasonable because under the marriage contract it was the husband’s obligation to provide for the wife and family.

This obligation is also attached to the notion that a man is entitled to a living wage, which is a wage that provides enough to sustain the man, his wife and family.  The wage for a woman was needed only to provide for herself or if a working wife was regarded as merely a supplementary income. As shown in Table 2, it wasn’t until the second wave of feminism that married women secured some level of equal protections in the work place.  However, it is depressing to note how long it took in all states to criminalise sexual violence within marriage.  The legal logic behind this injustice can be traced back to British common law and the 1735 judgement of Sir Matthew Hales, who ruled that:

‘A husband cannot be guilty of rape upon his wife for by their mutual matrimonial consent and contract the wife hath given up herself in this kind to her husband which she cannot retract.’ (Featherstone, 2016)

Which is why my research centres on the topic of women in political representation and particularly.

How does variation in intra-party processes, party culture and party leadership mediate the impact of quota regimes on female candidate selection?

The aim of this research is to identify if, and if so, how, a gender bias is informally maintained, even when formal barriers to female candidate selection have been removed.

Come and hear some of my findings on whether a technicality in the electoral system – in this case specifically the ballot paper – can allow parties to hinder the effectiveness of the quota from my paper:

Is the Open Ballot a Closed Door to Women in Parliament? 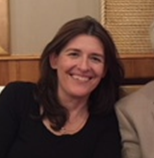 Mary Brennan is a Government of Ireland Scholar, whose research interest is in the comparative study of gender in political decision making.  Her current research centres specifically on the interaction of electoral gender quotas and political parties.  Mary holds an MSc in Politics and a BA (Hons) Politics (major) Psychology (minor) from UCD.  Mary is currently based in Brussels as an affiliated scholar to the Vrije Universiteit Brussel (VUB) Belgium. Her recent joint publication with Fiona Buckley, is The Irish legislative gender quota: The first election, Administration, Vol 65, Issue 2, pp. 15-35, DOI: 10.1515/admin-2017-0013.