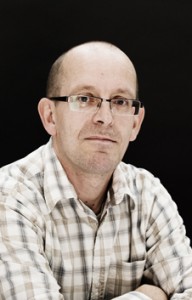 The beheading earlier this week of Khaled al-Asaad, an 83-year-old archaeologist, by Islamic State militants in the Syrian city of Palmyra brings into focus the level of brutality that four years of conflict has brought upon that country. One of the clearest consequences of this is an unprecedented population movement within and beyond Syria’s borders, which has led to the largest refugee crisis the world has witnessed since the second World War.

According to a statement earlier this week by Germany’s interior minister, up to 800,000 people may request asylum in the country by the end of this year.

The number of refugees and asylum seekers entering Europe or poised to do so is reaching unprecedented levels. Some 225,000 refugees have arrived in Europe since the start of this year, more than half of these entering Greece.

Meanwhile, according to the EU’s border agency, Frontex, the number of aspirant migrants on the borders of the union reached a record high of 107,500 last month. The response of mmber states to the crisis has, to say the least, been highly variable.

Although the EU as a whole agreed in June to resettle 60,000 asylum seekers over the next two years, the distribution of the burden has been uneven and has reflected very different, sometimes disturbing, responses to the crisis.

In the UK, where the summer months have witnessed an increasingly hysterical media response to the presence of some 3,000 migrants camped in Calais in the apparent hope of gaining entry to Britain, refugees and asylum seekers amounted to 0.24 per cent of the total population at the end of 2014, according to UN figures.

Nonetheless, faced with what prime minister David Cameroncharacterised last month as a “swarm of people coming across the Mediterranean seeking a better life”, the UK refused to participate in the EU’s relocation plan for refugees. Under that deal, Ireland agreed to take 600 asylum seekers over the next two years, in addition to plans for the resettlement of 520 Syrians by the end of next year.

Elsewhere, the picture is mixed. Slovakia, for instance, has announced that it will accept 200 refugees – so long as they are Christian. In the words of a spokesman for the interior ministry: “In Slovakia, we don’t have any mosques.”

Meanwhile, Hungary is preparing to build a 13-foot wall along its 109-mile border withSerbia to keep refugees out.

While the number of those arriving in Europe, or to its borders, includes those fleeing locations in sub-Saharan Africa and West Asia, increasingly it is refugees seeking to escape the conflict in Syria that predominate.

Four years of conflict in Syria have led to population movement on a scale that has not been seen since the second World War. Out of a total population of 23 million, more than four million have fled Syria’s borders and another 7.6 million are displaced internally.

By last June, more than 300,000 Syrians had applied for asylum in Europe – just under half of these were in Germany and Sweden alone. However, the challenge faced by the countries of the EU is dwarfed by that with which Syria’s neighbours must contend.

As the UN Refugee Agency points out, 86 per cent of the world’s refugees are in developing countries. The Syrian case is no exception – 94 per cent of Syrian refugees are in neighbouring countries in the Middle East, which already face significant political and economic problems. These are dramatically exacerbated by the influx of new arrivals.

Turkey has the highest number of Syrian refugees at 1.8 million, followed by Lebanonwith 1.17 million. There are more than one million more in Jordan, Iraq and Egypt. The case of Lebanon is particularly acute. The balance of the population, Christian, Sunni and Shia, is so delicate that no government has conducted a census since independence in 1946. Refugees now comprise 25 per cent of the total population straining the country’s resources and its political stability to the utmost.

The scale of the Syrian refugee crisis reflects the devastating consequences of four years of fighting in the country involving a myriad of actors.

What began as an uprising against the dictatorial regime of Bashar al-Assad, inspired by the remarkable uprisings across the region in the spring of 2011, has long been transformed into a brutal conflict that has devastated the infrastructure of the country, leaving 12 million Syrians inside the country in need of humanitarian assistance, according to the UN, and prompting the mass movement of people that has been witnessed over the past four years.

The crisis has been fuelled by the failure of regional and international actors to agree on how to resolve it. Indeed, the conflict in Syria quickly became a vehicle for the pursuit of very different interests on the part of regional powers.

For Saudi Arabia and the smaller Gulf states, the removal of the Shia regime of Assad is a core objective. Not only would it remove a regime despised by the Saudis, it would represent a serious blow to their Iranian rivals for regional hegemony. Turkey, once a close ally of the Syrian regime, changed its position and lent its support to radical Islamist groups opposed to Assad. Regime change quickly became a central objective of US and European policy towards Syria also. The official EU position, as restated earlier this year, is to favour a “Syrian-led” process of transition which would see the departure of Assad from office.

However, outside support for radical Islamist groups in Syria has aided the rise of Islamic State and prompted the beginnings of a rethink of policy in the West, at least.

For some, the recent rapprochement between Iran and the United States, which culminated in the signing of a deal on Iran’s nuclear programme last month, offers hope that both sides might be open to exploring agreement on the future of Syria.

Following conclusion of the deal, Barack Obama spoke of the need for “agreement among the major powers that are interested in Syria”. This appeared clearly to signal a willingness to talk to Tehran. However, whether the US and Iran could agree on the shape of a Syrian regime without Assad is to be doubted, and even if such agreement were possible, any closer coming together of the two countries would set off alarm bells across the region – among the Arab allies of the US, as well as in Israel.

In the meantime, the Syrian conflict persists and, despite appearances to the contrary, the suffering it causes is largely inflicted on the people of the Middle East and not Europe.

Dr Vincent Durac lectures in Middle East politics in the School of Politics and International Relations in University College Dublin. He is co-author with Francesco Cavatorta of Politics and Governance in the Middle East (Palgrave Macmillan, July 2015)

This entry was posted in Opinion/Debate. Bookmark the permalink.