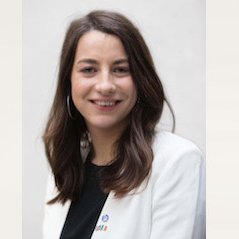 The Washington Ireland Program was a name that I had heard mentioned before in passing and that I had stumbled upon during a brief Google search of ‘politics internships’, yet it was not until June 2014 that I properly sat up and took notice of this phenomenal program. I had just begun my summer internship with Women for Election, an Irish organisation dedicated to ensuring gender parity in Irish politics, and I was working at an event in the Mansion House for newly elected female Councillors. I was working alongside another Women for Election volunteer and supporter, Rachel Breslin, who not only is a fellow UCD student but was also the former UCD Student’s Union President. We began chatting and she mentioned (in her typically modest way) in passing that she was going to Washington DC in a few weeks time as part of the Class of 2014 of the Washington Ireland Program. She explained to me that the Washington Ireland Program (WIP) was an initiative set up in 1995 to support peace and reconciliation efforts in Northern Ireland and the Republic of Ireland. Every year it selects a class of 30 students from across Ireland, Northern Ireland and Great Britain, who have demonstrated a passion for both service and leadership, to participate in a 12-month program of professional and personal development.

Rachel then went on to tell me about the 8 weeks during the summer that every class spend in Washington D.C., which grabbed my attention straight away. An integral part of the program is an 8-week internship in D.C.. Previous interns were placed in the offices of [then] Senator Hilary Clinton and Senator Barack O’Bama, with interns more recently working for Senator John McCain. As a politics student, the idea of interning in the offices of such high-profile and dynamic American politicians and being exposed to the environment of Capitol Hill, was beyond exciting! It became clear from chatting with Rachel that the Washington Ireland Program would not only open doors that might politics stremain closed to you otherwise, but that it would introduce you to an array of incredible and inspiring people.

The program is focused on developing leadership skills amongst the program participants and as a result the internship is a crucial aspect, however, there is another equally important element and that is the host-family. WIP has a phenomenal community of families in DC who, for 8 weeks every summer, open their homes and their families to WIP students. This allows WIP students to become truly immersed in  American culture, and for many of the students, they gain a second family in the process!

After quizzing and interrogating Rachel, I went straight home and spent too many hours than I care to admit to, researching everything to do with the Washington Ireland Program. Excitement and optimism levels were high until I came across the ‘bios’ of students accepted for the Class of 2014. These thirty people, to me, were superhuman; many had been involved in inspirational projects, some had founded their own charities and companies, others had held incredible leadership positions and all were thoroughly impressive and intimidating. I did not think I had a hope of ever matching up. However, my boss at Women for Election, another truly inspiring individual, Niamh Gallagher was determined that I did not allow intimidation and a lack of confidence, things that I had struggled with previously, prevent me from applying and encouraged me to at least submit the initial online application. Rachel Breslin and another prominent UCD student and WIP participant, Mícheál Gallagher were extremely giving with their time, offering advice and tips and reading application drafts until the November 1 deadline rolled around and I finally submitted it. Receiving the invitation to interview was surprising and I was filled with a mixture of fear and excitement. The interview passed in a bit of a blur and I was unsure as to whether it had gone well or not .When I got the email letting me know that I had got a place for the Class of 2015, I initially thought that there had been a technical error and that I was on the wrong mailing list!

Having had our class orientation weekend a few weeks ago, the entire thing is starting to feel more real. I will be finding out soon where I will be placed for my internship, but I have decided that I do not mind where exactly I will be working, just to live and work in the political environment of DC is more than enough to satisfy my political appetite! I have been told that I am in for the summer of a lifetime, yet with final exams looming I am trying to limit my levels of excitement until I can afford to spend hours on end googling Washington DC and reading countless guidebooks.

I really can’t recommend enough that fellow UCD politics students apply. I very nearly did not apply due to something as silly as a feeling of inadequacy and although I still struggle to fully understand the reasons I was selected for the program, my situation demonstrates that you may have skills and abilities that you are not able to objectively recognise, but that the Washington Ireland Program can, and will, recognise. Applying for the Washington Ireland Program is a case of nothing to lose and absolutely everything to gain.