On 16 October 2017, the centre-right Austrian People’s Party (OVP) won a decisive victory in what has been described as a game changer election for Austrian politics (Wesskircher and Bergman, 2017). The OVP secured 31.6% of the seats in the “Nationalrat” (National Council) and its leader, Sebastian Kurz, is now seeking to form a coalition government, likely with the far-right Freedom Party (FPO). With a right-wing party all but certain to become the leading governmental party it is important to ask how effective will the OVP be in pursuing its agenda within Austria’s parliamentary system? This blog post attempts to answer this question by examining ex-ante and ex-post institutional mechanisms that could potentially inhibit the OVP’s ability to pass favourable legislation in parliament. I will conclude by explaining why the OVP’s rise to dominance should be concerning within the context of the growth of right-wing parties across Europe.

Ex-ante mechanisms for controlling the government seem largely ineffective in the Austrian case. These control tools apply before a new government takes office and may include aspects of “contract design” that dictate the conditions upon which it may do so (Saalfeld, 2015). One such element of contract design is the degree of “incentive compatibility”, which refers to how strongly the fates of cabinet ministers and members of parliament (MPs) are linked together by party membership (Saalfeld, 2015). Although in Austria ministers can be recruited from outside parliament, over two-thirds of all cabinet members since 1960 have been legislators (Andeweg and Nijzink, 1995). Therefore, the degree of incentive compatibility within the OVP-led government is likely to be high, meaning that conflicts of interest will be low and enacting the legislation the government prefers will be unproblematic.

Investiture procedures are another example of weak parliamentary control. Some countries have “positive” formation rules involving a formal investiture vote in the parliament that any potential government must win to take office (Saalfeld 2015). However, as Austria has “negative” formation rules, the government does not have to pass such a vote and can remain in office unless a no confidence motion is passed in parliament. The absence of a positive investiture requirement seriously weakens the parliament’s control over policy-making by removing the need for the OVP to negotiate with backbenchers to secure a parliamentary majority.

Coalition agreements could be more instrumental in reigning in OVP’s ambitions. In countries where coalitions are the norm, governing parties often create contracts that specify promises each partner has to keep, such as a specific policy to implement (Saalfeld, 2015). Thus, coalition agreements act as a benchmark against which MPs can judge the government’s performance and criticise publicly any deviations. A major problem for an OVP-FPO government is that their similar ideological stances create “strong incentives” to distinguish themselves by reneging on their agreements and perusing their own policies (Martin and Vanberg, 2014). Consequently, a coalition agreement would be an excellent method for ensuring that both parties’ preferences remain aligned.

In contrast, ex-post mechanisms compensate somewhat for the lack of ex-ante controls. These mechanisms ensure what is called “ongoing oversight” and allow parliaments to monitor and sanction the government’s behaviour (Saalfeld, 2015). The most significant of these control tools is the vote of no confidence, which grants parliament the ultimate power to dismiss the government. As any other parliamentary system, the Austrian legislature does have a no-confidence procedure that allows dissatisfied MPs to force the OVP government resign if its actions contradicted their interests. However, it is important to remember that such a vote is a last resort option that is unlikely to be used unless the government commits serious or repeated offences.

Institutional checks and fire alarms are also quite effective at keeping executive actors in line. In Austria, such checks include “extra-parliamentary” institutions such as a Constitutional Court, which can veto approved government decisions if found to be unconstitutional (Muller, 1993). Related to this are institutionalized “fire alarms” which are used by parliaments when they believe the government has wrongly implemented policies (Saalfeld, 2015). For example, the Audit Court in Austria can investigate any part of the executive but lacks the power to make changes (Muller, 1993). Even if the OVP survives these obstacles it forces them to publicly justify their actions and provides the parliamentary opposition valuable information they can use in future interactions.

Parliamentary committees make up another possible constraint on the government’s dominance over the legislative process. Committees are important mechanisms of control because MPs from both governing and opposition parties can use them to monitor the government by learning about their proposed policies and to also amend them to their liking (Martin and Vanberg, 2014). André et al. (2016) found that Austria’s committee system is very strong meaning that the OVP’s proposals will face scrutiny and revision by parliament. However, as the Austrian executive also has some degree of control over the plenary agenda (Döring, 1995), the government may be able to curtail the committees’ oversight of their proposals as well.

In conclusion, the OVP seems in a good position to push its preferred legislation through parliament. Inglehart and Norris (2016) found that right-wing populist parties are now in coalition governments in eleven different European countries. Furthermore, this trend is unlikely to end anytime soon as changing norms and values result in “culture wars” that are driving the lesser educated and older voters into the arms of the populist and charismatic leaders (Inglehart and Norris, 2016). Clearly the OVP’s rise to power is not an isolated incident but rather a symptom of a growing backlash that the leaders of Europe need to start taking more seriously if they want to stem the tide of increasing right-wing populism in European governments.

Andeweg, Rudy B., and Lia Nijzink (1995). “Beyond the Two-Body Image: Relations Between Ministers and MPs”, in Herbert Döring (ed.), Parliaments and Majority Rule in Western Europe. Frankfurt: Campus Verlag, 152–78. 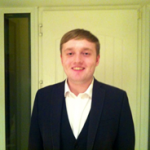 Adam Costello is a third-year undergraduate student studying Politics and International Relations in UCD. He is particularly interested in how modern trends, such as the rise of right-wing populism, are affecting European democracies. This blog post was written as part of his coursework for POL30540 Parties in Parliament.