My current research interest starts with a basic question: What does solidarity mean? This concept is used quite often – but in regard to different topics: the welfare state is attributed as a solidarity mechanism, trade unions and NGOs perform solidarity actions, individuals help people in need and after a terrorist attack, we express our solidarity with the effected population (e.g. ‘Je suis Charlie’). This leads to the question: How can we make sense of these rather diverse actions and events with regard to solidarity?

Solidarity is contested
I claim that we have to look at the discursive construction of solidarity. Solidarity is a “contested concept” that is disputed by actors about the proper meaning. Five important influences on the concept of solidarity should be acknowledged:

• in the Roman law the phrase ‘obligatio in solidum’ indicates a liability statement from the member to the group and vice versa,
• the idea of Christian Brotherhood is created through the connection between all believers and God and catholic social teaching was an important factor in the origins of the welfare state in the 19th century,
• in the aftermath of the French revolution fraternity or solidarity was politicised and linked to ideas of republicanism and democratic representation,
• last but not least, the labour movement and socialists have prominently called for solidarity as an emancipatory force to overcome capitalism.

Therefore, it is crucial to identify the different meanings of solidarity, understand how they are linked to each other and who is arguing for what type of solidarity. In the following, I provide some insights into the discursive construction of solidarity in the German and Irish mass media. The empirical focus is on the Eurozone crisis, because I assume that during hard times, claims for solidarity are more prominent and thus actors are expected to claim support for or demand support from others.

The discursive construction of solidarity
In order to identify who says what and how, German and Irish newspaper articles from 2010 to 2015 were coded. The discourse network methodology visualises which actors appear in the media and who is talking about which specific concept of solidarity. The two following discourse networks depict the debate between 2010 and 2015, separated into the German and Irish case. The concepts (blue label) were used by actors (black label) in the newspapers during this time period. The size of the labels stands for the centrality of the concept or actor in the network. The bigger the size, the more influential the actor or the concept is. The thickness of the edges illustrates how often an actor refers to a concept. The thicker the line, the more statements of an actor were related to this concept.
Figure 1: Discourse networks in Germany and Ireland 2010-2015

Note: The discourse network was visualized with the R package igraph. I used the Kleinberg authority algorithm to compute the centrality of the actors and concepts. All statements without a justification by the actor – why s/he is claiming a certain position – were deleted. Otherwise, the code ‘no justification’ would have be included into the network graph without a proper meaning.

Two aspects concerning the actor constellation and the concept prominence can be highlighted. Firstly, government officials and journalists highly dominate the public discourse on solidarity in the Eurozone crisis. In both countries, these two actors are the most visible ones, and thus, also the actors who have the most influence on the discourse. They can set the public agenda and have a huge impact on what solidarity means in times of crisis. The network visualization clearly shows that civil society groups, trade unions and even European institutions (except the European Commission) are less represented in the German and Irish discourse. This corroborates earlier findings that national public spheres are strongly dominated by national executives and that less institutionalised actors are the losers of Europeanised public debates. Secondly, while the actor constellation is similar, the concept visibility differs between both countries. Financial solidity (aka austerity) and monetary solidarity are the most prominent concepts in the German discourse on solidarity while monetary solidarity and responsibility are the most often featured concepts in the Irish discourse. The relevance of claims to monetary solidarity in the Eurozone crisis is hardly surprising. While new institutional arrangements such as the EFSF, ESM or the European Fiscal Compact have put monetary issues at the top of the public debate, alternatives such as a transfer union or a banking union provoked claims of monetary solidarity among the EU member states. The dominance of austerity in the German discourse can be explained by its strong cultural-ideological mindset on price stability and ordoliberalism. The prominence of the responsibility concept in the Irish discourse is related to two different aspects: One the one hand the responsibility refers to other EU member states (e.g. Germany) helping Ireland, because they have dealt with Irish banks which collapsed and caused the bank bailout and high debt rate of Ireland. On the other hand, it refers to citizens who should act more responsible in times of crisis, because they might have lived beyond their means in times of economic prosperity.

Austerity vs. solidarity
So, what are the implications for solidarity in the Eurozone crisis? The discourse network supports study results showing the dominance of austerity frames in the policy arena. The public and the policy arena are highly influenced by this idea. Even if we look more concretely at solidarity, we see that solidarity is justified with fiscal consolidation. This underlines the enormous ideational power which actors such as the German government exhibit in the public debate. However, the Irish discourse and to some extent the German debate show that there were alternative perceptions on how to deal with the Eurozone crisis. The battle of ideas was not won a priori.

Normatively speaking, solidarity has the ideological, societal and political potential to be the leading value and guiding principle of European politics. Perhaps, a new pan-European solidarity movement is needed emphasizing that solidarity is essential for the legitimacy and future of the European Union. 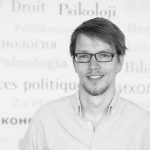 Stefan Wallaschek is a PhD fellow at the University of Bremen, Bremen International Graduate School of Social Sciences (BIGSSS) in Germany. From April to June and from September to November 2017, he is visiting fellow at the School of Politics and International Relations (SPIRe). He is writing his dissertation on The politics of solidarity: Comparing the Eurozone crisis and Europe’s migration crisis. His research interests are European politics, solidarity research, political communication, migration and refugee studies as well as discourse network analysis. Forthcoming publications are: Notions of Solidarity in Europe’s Migration Crisis: The Case of Germany’s Media Discourse. In: EuropeNow Journal (special issue on the ‘refugee crisis in Europe’) and The Politics of Solidarity in Europe’s Migration Crisis: Media Discourses in Germany and Ireland in 2015. In: Jenichen, Anne/Liebert, Ulrike (eds.): Europeanisation and Renationalisation. Learning from Crises for Innovation and Development. Opladen: Barbara Budrich.

SPIRe Seminar Series
This blog was written to accompany a seminar in the SPIRe seminar series. Stefan’s seminar ‘Contested Solidarity in the Eurozone Crisis. Comparing the Discourses in Germany and Ireland from 2010 to 2015’, is on Wednesday, September 27, 2pm, in G316 Newman Building.