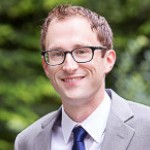 North Korea essentially has two international images: the bellicose nuclear provocateur run by a mad dictator, and the impoverished country in dire need of humanitarian aid. At the moment, both faces are on depressing display.

North Korea recently conducted its fifth nuclear test. As on previous occasions, talk of how to resolve the nuclear crisis ensued, with debates about sanctions, regional co-operation, and the rationality (or irrationality) of the Kim Jong-Un government.

This is of course a matter of huge international concern. But another major event hit North Korea around the same time as the nuclear test: Typhoon Lionrock caused widespread flooding that put over 140,000 North Koreans in need of urgent humanitarian assistance. International organisations and NGOs stepped in to provide aid. The Kim government acknowledged “great suffering” and deployed labour teams to assist affected communities.

These events evoke the famine of the mid-1990s, during which somewhere between 600,000 and 1m people died. As then, the irony of recent events wasn’t lost on outsiders: as North Korea’s people struggle, their government expends vast resources on a nuclear program that only isolates them further.

How do we navigate between these two images of North Korea? Is the country a serious threat to global security, or a weak state unable even to care for its population – or both?

On the move, slowly

North Korea often gets only sporadic Western attention, usually in the aftermath of a military advance or humanitarian crisis. Other noteworthy developments crucial for understanding the country, meanwhile, are overlooked.

Avoiding nuclear catastrophe in East Asia (and beyond) is essential and urgent appeals for aid are necessary and laudable. But between these extremes, North Korean society is changing, with serious implications for the country’s politics.

For example, North Korea’s economic system is far more market-basedthan the country’s communist political structures suggest. The mid-1990s famine shattered the state’s centralised rationing system, and most North Koreans have spent the 20 years since participating in one way or another in the country’s various (and often illegal) markets.

Time will tell what political impacts these processes will have. But what’s clear is that there are a number of vested interests that stand to gain from marketisation. Illicit trade along the border with China and even Russia has a big impact on the North Koreans living in those areas, and can help alleviate chronic shortages – in turn relieving a little pressure on the regime.

Political science research on sanctions shows that their record of actually achieving political goals (such as forcing authoritarian governments to liberalise) is spotty at best. As an alternative, perhaps the West should start coming up with another plan – such as finding a way to harness China’s economic success as a means to help ordinary North Koreans prosper.

After all, North Korea is well-known among Western governments for being the “land of lousy options”. If the economic equation changed substantially, a process border trade might speed up, better new pathways to dealing with the country could open up.

From the outside in

There’s another force with the potential to change the balance. The mid-1990s famine and its aftermath led tens of thousands of North Koreans to take the decision to leave their country. High-level defections like that of the deputy ambassador to the UK justifiably receive international attention, but it’s generally less well-known that there are now more than 27,000 North Koreans living in South Korea.

While the South Korean government offers some support to new settlers, many northerners still face serious challenges, among them the onerous task of adjusting to a new society, psychological distress, and unemployment.

But North Koreans living abroad can still influence the politics of their home country. They can speak out through memoirs, form civil society organisations in the South, and share their knowledge about North Korean society with researchers and journalists. Many can also communicate with family members who remain in the North, and send them information they would struggle to obtain in a highly restrictive and propaganda-rich country.

Nuclear and non-nuclear developments in North Korea are very much intertwined, and the outside world needs to understand the latter if it wants to take an informed approach to dealing with the Kim regime.

It’s not that issues between the extremes of a nuclear North Korea and a poverty-stricken one are entirely overlooked. To be sure, there are numerous journalists and academics who provide valuable insights into North Korea, even if rumour still muddies the water and concrete information remains scarce. Rather, the challenge for those who hope to change North Korea is to understand the social developments already underway and connect them with opportunities for political progress.

Many people are already thinking along the right lines, but there are many others still trying to understand the country principally in terms of nuclear machinations and domestic disasters. They need to update their thinking.