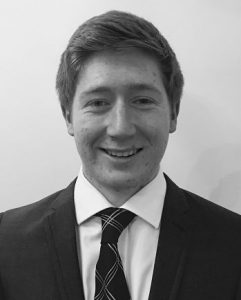 Daniel O’Toole is a UCD Law with European Studies student. The best book reviews written as part of the course requirements for POL30080 Irish Politics and Policy are posted here to let UCD students contribute to critical reflection on key issues in Irish political and social life.

Who were the main people responsible for the astounding rise and subsequent demise of the Irish property sector during the ‘Celtic Tiger’ years? The Builders comprises a series of articles by Irish Times journalists Frank McDonald and Kathy Sheridan, and details the journeys of several high-profile property developers involved in the Irish construction boom of the mid-1990s to mid-2000s.

The book reveals the backgrounds of the wealthiest developers: it tells us that they nearly all have extraordinary drive, determination and passion for the line of work they specialised in. The chapters generally focus on one prominent developer at a time and describe the pathway these men took from being average builders to some of Ireland’s wealthiest and most influential people. They operated with ruthless efficiency, often disregarding what other people think, particularly those who oppose a potential development opportunity. They were willing to ‘grease palms’, take advantage of loopholes, strive for maximum productivity at minimum expense, and fight to the death over contracts. Ruthlessness is a recurring trait in the personalities of these men. But the book also sheds fascinating light on how they exploited and benefited massively from the cluster of policy weaknesses that allowed them to exploit the system. These included six main features: (a) a deficient planning system that wilted under constant pressure from the market, and from lobbyists who were at times actually corrupt; (b) personal and convenient friendships with prominent Teachtaí Dála, county councillors and other influential figures who were willing to bend the planning process to accommodate their needs; (c) incredibly weak regulation in banks and the finance sector, which made the availability of credit easier than ever before; (d) tax breaks and incentive schemes, allowing them to re-use nearly all of their profits in further developments, with the state failing to recoup any reasonably proportion of the high level of money being made; (e) the stockpiling of zoned land to strangle supply, thereby raising demand and price; and (f) the emergence of a hungry new class of people looking to invest in their own minor property portfolios and aiming to make large profits in a short period of time.

I found this book quite fascinating as I have a keen interest in the areas of housing and planning. But it should also appeal to the average Irish reader because it explains clearly how the Irish economy became over-reliant on its property industry, and shows in detail how the collapse of the banking system in this country circa-2008 was based in large part on the credit extended to this select group of private companies and individuals. A serious issue in a private sector became an issue for the general public when the government opted to guarantee the banks of this country, and I think it is very important for people to understand what role the construction sector played in this. The bank bailout this country received and the years of austerity budgets were directly linked to what happened in this sector.

The book gives a narrative account of the relationships certain developers had with politicians and the influence they were able to exert on the planning process. Prior to the 1990s there appears to have been more outright corruption, whereas during the boom, networks of personal relationships across the political system were the key to wealth in this cut-throat world. The 2010 Honohan Report of 2010 summarizes the many tax incentives established to benefit the construction sector between 1997 and 2007. While there is no problem with tax incentives as such, the construction sector benefited disproportionately, and the close relationships behind these between the developers and public officials were, at a minimum, inappropriate.

Although I found the book to be intriguing, it does have limitations. While it focuses on the backgrounds and personalities of these developers, the book doesn’t provide a thorough systematic assessment of the political, regulatory and financial practices that made the property boom all but inevitable, irrespective of who precisely the developers were. The characters of these men certainly facilitated the process, but it was the way in which the system was operating that allowed them to take advantage of it. The book’s tone seems to imply the fault lay solely with these certain individuals rather than with the system as a whole. It spends much time simply listing the material possessions each developer had (Ferraris, helicopters, and son on), and while this approach may give an indication of their character, the personal items they spent their earnings on is irrelevant to our understanding of the structures and policies that allowed them to profit so massively. The book was published in October 2008: if they had waited a little longer they could have benefited in their analysis even further, as the crash was only beginning to kick in at the close of the book. The developers featured here took quite a hammering later on, both financially and in the public’s perception of them. The book was written just before its protagonists really fell from grace. Much can happen in a couple of years in this industry.

There are undoubtedly vital lessons to be learned from what happened in the construction industry in the run-up to the crash. It is poignant to have read this book in 2016, eight years after its release, at a time when some of the developers focused on are on their way back to the market. The reformed banking sector now restricts the availability of credit. But otherwise, one has a horrible feeling that history could all too easily repeat itself.

This entry was posted in UCD SPIRe students, Uncategorized. Bookmark the permalink.