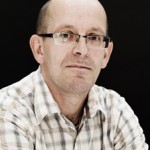 Dr. Vincent Durac, of SPIRe has just published a new book entitled Politics and Governance in the Middle East (co-authored with Francesco Cavatorta of Laval University). Below is a description of the book, which can be purchased here.

The wave of protests and civil unrest that began in 2011 across the Middle East and North Africa (MENA) was a watershed moment in the politics of the region. Known as the ‘Arab Awakening’, or ‘Arab Spring’, its impact on the region and on wider international affairs has changed perceptions of the Middle East and resulted in similar revolts elsewhere.

In this wide-ranging and accessible text, the authors examine the key aspects of governance in the MENA, and locate the recent uprisings in their broader historical, social and political context. Taking a thematic approach that engages with core theory as well as the authors’ own extensive research, the text assesses various issues, including the impact of oil on both domestic politics and international relations, the vexed relationship between religion and politics, the development of ‘security states’, and the role of women in society.

The analysis moves beyond the characterization of the Middle East as either in the midst of a democratic transition or as a persistently authoritarian region to show how both perspectives should work together to enhance our understanding. Expertly
navigating from the everyday politics of life in the Middle East to the influence and responses of global actors with vested interests, this text provides a nuanced and comprehensive account of this diverse region.