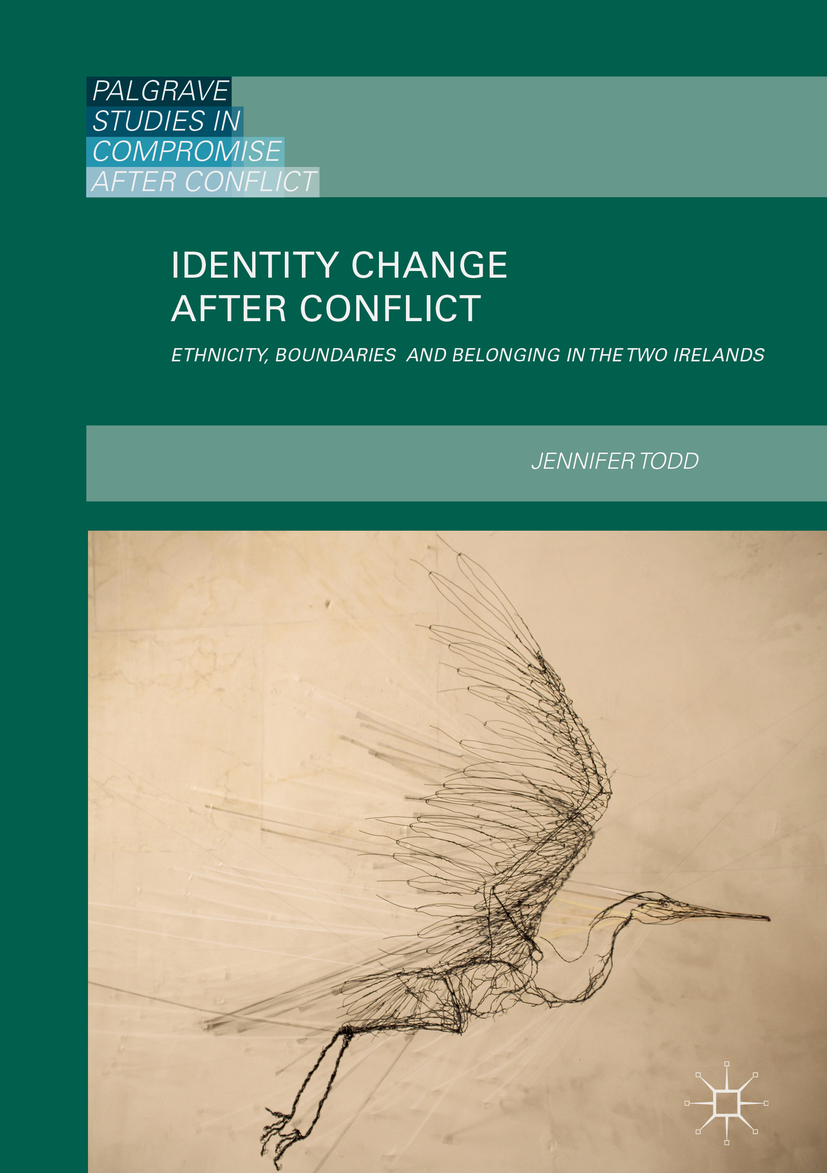 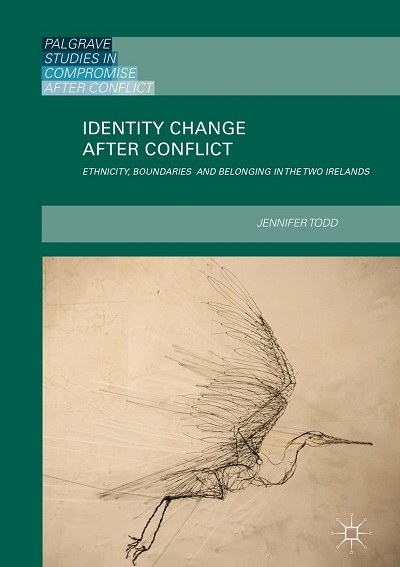 Identity Change after Conflict: Ethnicity, Boundaries and Belonging in the two Irelands by Prof Jennifer Todd.

This book is a comparative study of how ordinary citizens in nationally and religiously divided societies respond to major social and political change. It is based on very extensive qualitative research in both parts of Ireland with a control study in France, and it uses new measures, methods and concepts of analysis. Its focus on individual identity innovation – set against analysis of social boundaries and cultural grammars – allows comparative empirical analysis of incipient processes of identity change in very different social settings. Its typology of identity change, oriented to project, content and argumentation, shows the obstacles specific to each type of change and the existence of social traps, where individuals’ resources and opportunities lead them to types of change almost certain to fail. Its conclusions go against contemporary wisdom. Identity change is pervasive, even more so in conflict-ridden situations than in consensual ones. It takes a limited number of forms, working from given national and religious bases rather than rejecting them. And it meets predictable social traps. Thus we can build in analysis of micro-level change as one part of a multi-levelled processual analysis of social transformation, where its impact differs in different contexts. So, for example, gradual cumulative micro-level change has led to threshold-like cultural transformation in the Republic of Ireland; more extensive, intense and radical micro-level change in Northern Ireland has ended in social and political stasis. The book argues that pluralist and cosmopolitan ideologies have failed to grasp the process and that there is a need for : constitutional signposts beyond identity politics.

The book was published as an ebook November 24, 2018 by Palgrave Macmillan and should be published in hard copy in mid December. Further details on the Springer site.